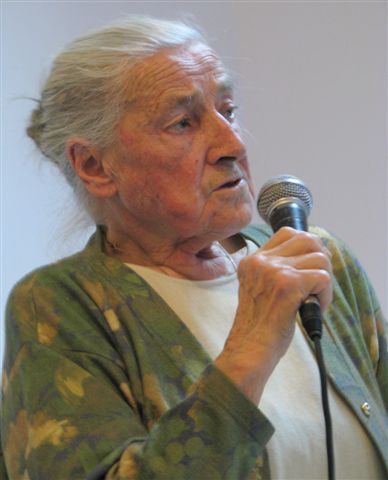 A group of nearly 100 catholic women from 25 countries, among them doctors, nurses, and pro-life activists have issued a statement opposing use of abortion-tainted vaccines. They appeal to Christians and all people of goodwill to stop morally justifying the use of abortion-tainted vaccines, arguing that failure to stand up against them is fueling an expanding culture of death involving the trafficking and exploitation of aborted babies for medical experimentation.

“We cannot sit back as the use of aborted human fetuses in medical research is gradually normalized as an ‘unfortunate’ part of modern-day medicine,” the women stated. “It is time for clergy and laity to boldly confront this horror and defend the right to life for the most vulnerable with ‘maximum determination.’”

The statement was signed, among others, by Dr. Wanda Półtawska, a personal friend of the late Pope John Paul II and Polish physician who was a victim of pseudo-medical experiments in the Nazi German concentration camp Ravensbrück. Also Kaja Godek, the founder of the Life and Family Foundation signed the appeal.

The Johnson & Johnson Covid-19 vaccine used according to Science magazine, “a proprietary cell line owned by Janssen, a subsidiary of Johnson & Johnson, developed from retinal cells from an 18-week-old fetus aborted in 1985,” in design and development, production, and lab testing. Other vaccines against SARS-CoV-2 are also partly based on foetal cells.

The statement is the next voice in a series of protests of Catholics against the use of unethical vaccines based on cells of aborted babies. “It is critically important that Americans have access to a vaccine that is produced ethically: no American should be forced to choose between being vaccinated against this potentially deadly virus and violating his or her conscience,” members of the U.S. Conference of Catholic Bishops and 20 other religious, medical, and political organizations that oppose abortion wrote to Stephen Hahn, commissioner of the U.S. Food and Drug Administration (FDA), in April 2020.

The Polish translation of the statement can be accessed here.

Copyright notice: the author of the picture of Dr. Wanda Półtawska is Mariusz Kubik, CC BY 3.0, https://commons.wikimedia.org/w/index.php?curid=8377021